Symbols.com is a unique online encyclopedia that contains everything about symbols, signs, flags and glyphs arranged by categories such as culture, country, religion, and more.
Explore our world of symbols by category, alphabetically or simply search by keywords. 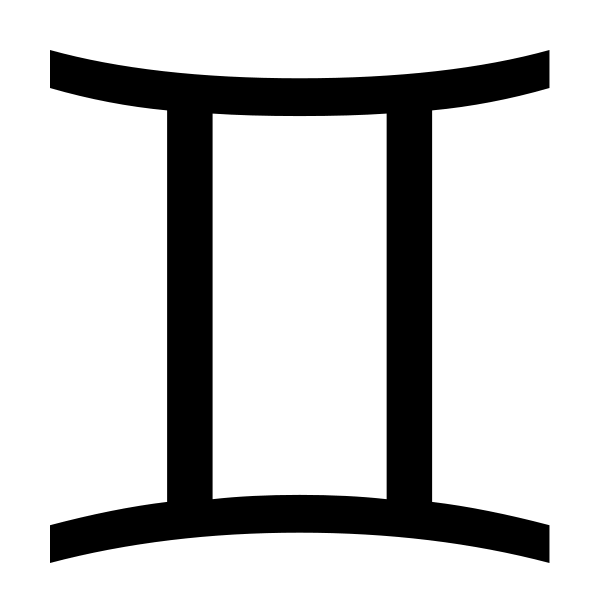 Gemini (Gem-en-i.e.) is the third astrological sign in the Zodiac, originating from the constellation of Gemini. In astrology, Gemini is considered a "masculine", positive (extrovert) sign. It is also considered an air sign, and is one of four mutable signs.

Gemini is part of the Zodiac group.

In both astrology and historical astronomy, the zodiac is a circle of twelve 30° divisions of celestial longitude that are centered upon the ecliptic: the apparent path of the Sun across the celestial sphere over the course of the year. The paths of the Moon and visible planets also remain close t… read more »

What does this symbol mean?

Spotted a symbol you can't identify? Trying to find the meaning and origin of a symbol, tatoo or an engraving? Let our community figure it out for you!

Symbols.com is a collaborative project build by contributing editors. Help us build the largest human-edited symbols collection on the web!

The Liberian flag bears close resemblance to the flag of the United States, showing the ex-American slave origins of the country.

The Liberian flag has similar red and white stripes, as well as a blue square with a white star in the canton. It was adopted on July 26, 1847

The flag is seen on many ships around the world as Liberia offers registration under its flag. Shipping companies do this to avoid taxes and restrictions that other countries enforce. As the second most popular flag of convenience (after Panama), it is estimated that 1700 foreign-owned ships fly the Liberian flag. This brings in much of the country's revenue.