What's the meaning of the Yellow (color) »

This page is about the meaning, origin and characteristic of the symbol, emblem, seal, sign, logo or flag: Yellow (color). 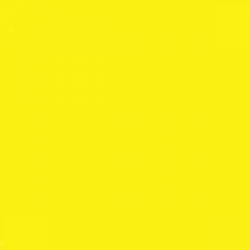 The symbolism of the color yellow.

When one thinks of yellow, probably the first thing that comes to mind is the sun. While that celestial body has a wealth of symbolism on its own, its color is important in other ways: The heat and light that the sun provides allows for the flourishing of life, so the color yellow is representative of all these things. As one of the brightest colors in the spectrum, yellow is a choice color for all manner of warning and quarantine signs, being easy to spot amidst chaos and other surroundings:

BHUTAN: Traditional Bhutanese men's clothing - known as the gho - is sometimes accessorized with a long silk scarf called a kabney. The kabney comes in a variety of colors, and national law stipulates which colors can be worn by individuals, depending on his profession and position in society. A yellow or saffron-colored kabney may be worn only by two men; the King of Bhutan and the Je Khenpo, or chief abbot.

CHINA: one of the earliest places of human settlement and civilization in China was along the banks of the Huang He, or Yellow River. This area was made agriculturally productive by the deposits of rich yellow silt (known as ‘loess’) blown in from the north and west. Ever since then, yellow has been symbolic of fertility in China, both in the agricultural sense and in terms of humans. In the Chinese system of the cardinal directions, yellow is associated with the element of earth and is placed in the center of the compass, where all the directions come together. This has often been interpreted as representing China itself, which was referred to as the ‘Middle Kingdom’ by its ancient inhabitants. Most significantly, yellow symbolizes imperial power, especially the shade known as "imperial yellow" that was the sole prerogative of the emperor (commoners faced severe penalties if they were seen wearing the color in public). The golden or yellow-colored dragon was also one of the emperor's personal devices.

CHRISTIANITY: To many Christians, yellow is a symbol of betrayal, treachery, and cowardice. This interpretation comes from the story of Judas Iscariot, who wrapped Jesus in his yellow cloak and kissed him right before betraying him to the Romans. Even today, calling someone “yellow” or "yellow-bellied" indicates a lack of bravery.

INDIA: In Hinduism and Buddhism, yellow is the color of the Solar Plexus or Manipura Chakra, one of seven energetic points situated along the body. Located in the stomach, this chakra regulates aspects of the metabolic and digestive systems and is related to emotions such as anxiety, fear, and sense of personal power. The yellow or saffron-colored robes of many Buddhist monks and nuns are a symbol of renunciation and humility. Turmeric powder, a yellow-colored spice popular in many Asian cuisines, is associated in India with prosperity and fertility. In those capacities, it is often used in Hindu religious ceremonies, scattered over idols of deities and crowds of worshipers as a form of blessing. At wedding ceremonies, the bride may be adorned with pigment made from yellow turmeric as a symbol of good luck.

EUROPE: the famous tradition of heraldry uses a wide variety of symbols to identify individuals, families, clans, and nations. The specific combinations of symbols can vary infinitely within this tradition, but a number of standard background colors, known as tinctures, are key features of many crests and coats-of-arms. The color yellow is often referred to as “or”, meaning gold (from the Latin ‘aurum’), but there is usually no visual distinction between the two colors. Yellow symbolizes virtues such as wisdom, glory, constancy, and faith.

During World War II, many Jewish citizens throughout Europe were forced by the Nazi regime to wear the infamous yellow badge shaped like the Star of David to identify their faith. In this context, yellow can be seen as a color of oppression, but this kind of practice itself was not exactly novel in the 20th century: In the year 1215, the Fourth Lateran Council of the Catholic Church decreed that Jews wear specific clothing to distinguish themselves from both Christians and Saracens (Muslims), and later in the century this expanded to include the wearing of a yellow badge, essentially as a mark of shame. Although distinguishing articles of clothing and the color yellow had been forced onto the Jews before, the council of 1215 began a stricter enforcement of the practice.

Yellow (color) is part of the Colors group.

Have a discussion about Yellow (color) with the community: