What's the meaning of the Green (color) »

This page is about the meaning, origin and characteristic of the symbol, emblem, seal, sign, logo or flag: Green (color). 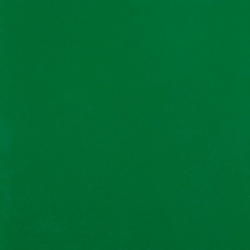 The symbolism of the color green.

Green is symbolic of life, fertility, rebirth, and renewal. Nearly all of these associations are due to the color's prominence in the natural world (seen in all manner of plants, flowers, crops, and trees), and since the first appearance of green plants typically marks the end of the cold/barren season (i.e. winter). Calling a person “green” is also a reference to young plants, and indicates that the person is new or inexperienced at something. The association of green with envy or jealousy actually originated from William Shakespeare’s play Othello, in which the cat is described as a “green-eyed monster” (a famous euphemism for jealousy):

BHUTAN: Traditional Bhutanese men's clothing - known as the gho - is sometimes accessorized with a long silk scarf called a kabney. The kabney comes in a variety of colors, and national law stipulates which colors can be worn by individuals, depending on his profession and position in society. Green-colored kabney are worn only by members of the judiciary system, such as judges.

EUROPE: one of the most recognizable figures of early European culture is the so-called “Greenman”, a face peering out from a dense cluster of leaves, branches, and other foliage. His image has been appearing in artwork for thousands of years, and he is even featured in some of the great Christian cathedrals of the Middle Ages. While no specific stories or myths about the Greenman survive today, his name is self-explanatory, and he clearly indicates the ongoing veneration of the natural world (where many of the symbolic meanings of green come from).

INDIA: in Hinduism and Buddhism, green is the color of the Heart or Anahata Chakra, one of seven energetic points situated along the body. Located in the chest- and, more specifically, the heart- this chakra governs aspects such as compassion, love, and emotional wellbeing.

ISLAM: in Islamic tradition, green is the color most often associated with Paradise, which in Arabic is called Jannah, meaning “garden”. References to gardens appear many times throughout the Qur’an, and Paradise itself is described as a magnificent garden filled with flowers, fruit trees, and flowing rivers. This conception is strongly rooted in Islam’s beginnings in the harsh deserts of Arabia, where pockets of water and green vegetation were welcome respites from the heat and blowing sand.

Green (color) is part of the Colors group.

Have a discussion about Green (color) with the community: