What's the meaning of the The eight-pointed star »

This page is about the meaning, origin and characteristic of the symbol, emblem, seal, sign, logo or flag: The eight-pointed star. 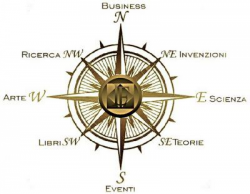 The eight-pointed star appears in cultures around the globe. Eight pointed stars – show up in a variety of different cultures.

The eight-pointed star appears in cultures around the globe. Eight pointed stars – show up in a variety of different cultures.

Buddhism: Buddhists use an eight-spoked wheel to represent the Eightfold Path taught by the Buddha as a means to escape suffering through the breaking of attachments.

Babylonian: In Babylonian symbolism, the goddess Ishtar is represented by an eight-pointed starburst, and she is associated with the planet of Venus. Today, some people equate the Greek Aphrodite, whom the Romans equated with their Venus, with Ishtar. Ishtar also represents fertility.

Native American: symbols are geometric portrayals of celestial bodies, natural phenomena and animal designs. The Hope symbol is represented by the eight pointed star, that is enclosed in a circle and containing a circle. Eight is an important number in terms of achieving balance. The Native American Indians referred to the Hope symbol as Star Knowledge.

The ‘rose’ in the middle of the traditional compass mark also has 8 points, albeit with 4 main points and four minor. This is probably the most common use of an 8-pointed; 8 pointed star relates to Number 8. As the Archetypal Number defines its meaning. Its basic meaning is concerned with it being made up of 2 sets of 4, and the concept that higher forces, or Natural Laws such as The Laws of Physics - control the lower realms of Matter. We can study how these Laws operate by studying Nature at the lower, material, level.

Archetypal Number: As Above, so Below. As Below, so Above; showing the reflection of the Macrocosm in the Microcosm.

ALCHEMY The Stone is a result of separation and recombination (Solve et Coagula) of the action and passive forms of the Spirit, the primordial form of energy-consciousness that is utilized in magical rituals as well as alchemy. It is symbolized by an eight-spoked wheel.

Octagrams formed from overlapping squares often emphasize duality: yin and yang, male and female, spiritual and material. Together, the they can mean both positive and negative aspects of the four elements, for example, and balancing them.

If we draw the symbol of Number 8 on its side it becomes the symbol of Infinity. It is a symbol for the natural universe interweaving order and disorder, yin and yang, to create an ultimately harmonious and balanced design.

The eight-pointed star is part of the Alchemical processes, Basic Elements groups.

The alchemical magnum opus was sometimes expressed as a series of chemical operations. In cases where these numbered twelve, each could be assigned one of the Zodiac signs as a form of cryptography. … read more »

Western alchemy makes use of the Hellenic elements. Many philosophies and worldviews have a set of classical elements believed to reflect the simplest essential parts and principles of which anythin… read more »

How is basketball made?

Awareness ribbons are symbols meant to show support for or raise consciousness about a cause, with different colors and patterns associated with different issues. Many activist groups and social refo… read more »

Alchemical symbols, originally devised as part of alchemy, were used to denote some elements and some compounds until the 18th century. Note that while notation like this was mostly standardized, sty… read more »

Symbols, flags, seals and logo universities and colleges from all over the world read more »

Have a discussion about The eight-pointed star with the community: