What's the meaning of the Lotus »

This page is about the meaning, origin and characteristic of the symbol, emblem, seal, sign, logo or flag: Lotus. 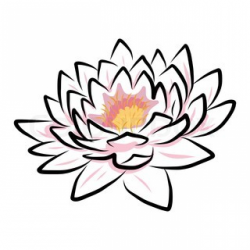 In terms of symbolic importance, the lotus has achieved a status that has seldom been equaled by any flower. Its beauty, perfume and central place in many belief systems has made it a true monarch of the botanical world. It would be highly difficult to enumerate all the symbolic meanings of the lotus, so this article will provide a basic overview along with a few specific examples of cultures where the flower holds special significance.

On the most basic level, the lotus is a symbol of beauty and purity. This is partly due to the magnificence of its blossom, but also because of its unusual habitat. The lotus plant grows in thick mud beneath substantial amounts of water, usually in lakes or swamps. Since a flower of such beauty emerges from these types of environments, seemingly untouched by dirt or stain, it’s easy to see it as something pure rising above something profane. Since the petals of the flower open during the day and close up at night, the lotus has also acquired solar symbolism; the opening and closing of the petals is analogous to the rising and setting of the sun. In many religious traditions throughout Asia, the lotus is a central symbol, appearing in numerous stories and fulfilling many different roles.

The lotus is a very prominent symbol in India, where it is a fixture of many belief systems. Brahma, the supreme god of Hinduism, was born from a lotus, and a lotus flower is one of the four attributes of the blue-skinned god Vishnu (along with the mace, chakra and conch shell). Even prior to the development of mainstream Hinduism, the lotus was an important symbol in Indian religious beliefs. The Vedic sun god Surya holds a lotus in each hand, one representing the sunrise and the other representing the sunset.

Hinduism and Buddhism both share the concept of chakras, a series of seven energetic points that are aligned along the body. Stimulation of these chakras is an important aspect of certain types of meditation, and visual representations of the chakras usually take the form of lotus flowers; each one possesses a different number of petals, as well as a different color, to signify where on the body it is located:

Buddhism regards the lotus as one of the “Eight Auspicious Symbols” or “Eight Precious Things” of the faith, and the flower figures prominently in much of their artwork; Buddhist figures and deities are sometimes depicted as sitting on a lotus throne, again emphasizing purity and enlightenment emerging from profanity and ignorance. The famous Buddhist mantra (prayer chant) “Om Mani Padme Hum” is dedicated to Avalokitesvara, the bodhisattva of compassion, and roughly translates as “the jewel is in the lotus”. Imagery based on lotus flowers is sometimes included in the design of Buddhist mandalas, which are essentially abstract representations of the universe that function as microcosms.

China was another location where the lotus flower held important symbolism. In the capacity of Buddhism, much of this symbolism was imported from India (for example, the male bodhisattva Avalokitesvara became the female Guan Yin in China), but the Chinese had beliefs of their own regarding the lotus. He Xian-gu, the only woman among the famous “Eight Immortals” of Taoist belief, was associated with the lotus flower, and the Chinese also saw the lotus as a visual metaphor for the female genitalia. When Chinese and Indian philosophies later permeated Tibet, the lotus in this capacity was paired with the vajra, or diamond thunderbolt, as an image of union.

In ancient Egypt, the lotus also held a central place in religious beliefs. Interestingly, the flower the Egyptians knew as the lotus was not actually the same plant known throughout Asia- botanically it was a species of water lily- but it still held much of the same symbolism as its Asian counterpart. Solar worship was a major aspect of the Egyptians’ belief system, and the opening of the lotus’ petals during the day and their closing at night was analogous to the death (setting) and rebirth (rising) of the sun. Stylized lotus buds and flowers often served as decorative capitals (the topmost component) of architectural columns, and the land of Egypt itself was sometimes compared to a lotus, with the Nile River forming the steam and the wide, triangular delta region in the north forming the flower (just look at a map and you’ll see).

The formal writing system used by the ancient Egyptians that contained a combination of logographic and alphabetic is called hieroglyphics. They began to develop this system around 3000 BC.The first … read more »

Have a discussion about Lotus with the community: