What's the meaning of the Sahasrara »

This page is about the meaning, origin and characteristic of the symbol, emblem, seal, sign, logo or flag: Sahasrara. Sahasrara (Sanskrit: सहस्रार, Sahasrāra), or Sahastrara, is the seventh primary chakra, according to Hindu tradition.

The Sahasrara is described as having 1,000 multi-coloured petals which are arranged in 20 layers, each of them with 50 petals. The pericarp is golden and a circular moon region is inscribed on it with a downward pointing triangle.

The Sahasrara Chakra symbolizes detachment from illusion; an essential element in obtaining supramental higher consciousness of the truth that one is all and all is one.

Often referred to as a thousand-petaled lotus, it is said to be the most subtle chakra in the system, relating to pure consciousness, and it is from this chakra that all the other chakras emanate. When a yogi is able to raise his or her kundalini, energy of consciousness, up to this point, the state of Samādhi is experienced.

Meditating on this point is said to bring about the siddhis, or occult powers, of transforming into the divine, and being able to do whatever one wishes.

In some schemes of chakras, there are actually several chakras that are all closely related at the top of the head. Rising from Ajna, we have the Manas chakra on the forehead, which is closely associated with Ajna. Above Manas there are Bindu Visarga at the back of the head, Mahanada, Nirvana, which is located on the crown, Guru, and then Sahasrara proper, located above the crown.

Sahasrara is part of the Hindu Symbols group. 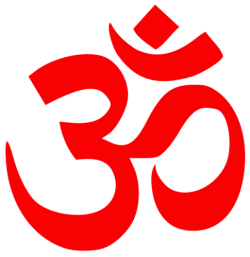 Have a discussion about Sahasrara with the community: