What's the meaning of the Faith Militant (alternate) »

This page is about the meaning, origin and characteristic of the symbol, emblem, seal, sign, logo or flag: Faith Militant (alternate). 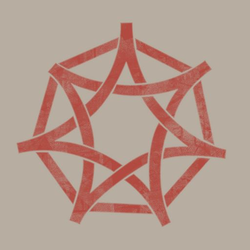 The symbol of the Faith Militant from Game of Thrones.

Religion plays a major role in Westerosi society, and the dominant religion throughout much of the continent is known as the Faith of the Seven. Introduced to Westeros 6000 years ago by the Andal invaders, the main figure of the religion is a single god that can take on seven different forms. Each form rules over specific areas of life and each is prayed to for specific reasons:

The Father: represents divine justice, and judges the souls of the dead*

The Crone: represents wisdom and foresight*

The Warrior: represents strength and courage in battle*

The Smith: represents creation and craftsmanship*

The Stranger: represents death and the unknown*

Aside from an established hierarchy of clergy, another major group within the Faith is their military order, known as the Faith Militant. When the series begins, the Faith Militant has been inactive for over 200 years, due to their disbandment by an earlier king. In season five of the series, however, there are re-established and have begun to be used by the crown to solidify royal authority over the population.

The seven-pointed star is the traditional symbol of the Faith of the Seven and can be glimpsed throughout Westeros. This particular version is used by the Faith Militant, and the more fanatical members of the order brand or cut this symbol into their flesh as a sign of their devotion.

Faith Militant (alternate) is part of the Coat of Arms group.

Have a discussion about Faith Militant (alternate) with the community: