What's the meaning of the Circled Dot - Circum Point »

This page is about the meaning, origin and characteristic of the symbol, emblem, seal, sign, logo or flag: Circled Dot - Circum Point. 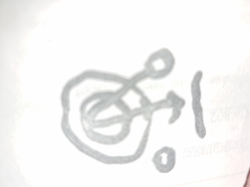 The circled dot, circumpunct, or circle with a point at its centre is an ancient symbol.

The dot in the middle connotates Source, the I Am-ness, your origins.

The circle on the outside represents the expansion that you have done of your soul through all the experiences and all the lifetimes. Very simple.”

• The sun / a day (Chinese oracle script, the modern character being 日)

• The trademark of the Target Corporation

• As a symbol of an Entered Apprentice Freemason[1]

• In Germany it is symbol for a "Gestempelte Briefmarke" (canceled stamp), while a star means "postfrisch" (mint Stamp)

• In geometry, it is often the symbol for a circle

• The Lost Symbol - a novel by Dan Brown that uses this symbol. ”The Lost Symbol” - “The Circumpunct : The symbol of the source. The Origin of all things”

“Maybe we really are all masters of our own universe”

The Circum Point / Circum Punctum symbolizes Consciousness The circled dot, circumpunct, or circle with a point at its centre is an ancient symbol. It can represent: (http://en.wikipedia.org/wik… read more »

Have a discussion about Circled Dot - Circum Point with the community: