What's the meaning of the Bassnectar Bassdrop Symbol »

This page is about the meaning, origin and characteristic of the symbol, emblem, seal, sign, logo or flag: Bassnectar Bassdrop Symbol. 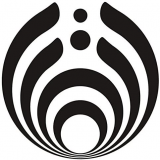 Lorin Ashton, better known under his stage name Bassnectar, is an American DJ and record producer.

Lorin explained to his fans the meaning behind his infamous "Bassdrop" symbol. He said: “My dear friend who created the word “Bassnectar” helped me create the logo. We searched through books of images and icons, and found something similar to the first original design. We messed with it in photoshop and made it more circular (it almost looked like a bad 1970′s airline logo at first!) and I always took it to be kind of my own ‘yin yang’ interpretation, with an open end that flows out endlessly.

Depending on the color/contrast, there is one image that is ugly, looks insectlike, or like claws…it is sharp, cold, almost ruthless…or maybe just creepy. Or maybe just ALIEN and strange.

I have had a very deep relationship with the understanding of ‘good & bad’ or right and wrong. Although my opinions and perceptions always change, I currently do not really understand life to be either good or bad, but rather open to perception, with everything in a bizarre indecipherable balance… something that is good for one is bad for another and vice versa.

it is kind of psycho creepy, but also beautiful.

and what is bad there? is the ant bad because it is gross looking? it looks like a monster.

or is it bad because it ruthlessly kills other insects?

or is the cordyceps bad because it kills the ant so viciously?

are all the insects bad because they overrun their environment?

are the spores/fungus bad because they keep the insects in check?

The logo is about letting go of human dogma (RELIGION!) and surrendering to a much larger universe, but also embracing every minuscule second and tiny experience as PRECIOUS.

It’s a permanent, perfect SIMULTANEOUS dichotomy of total insignificance and total significance merged as one into every single flashing second.

And the logo means a lot of other things too, and you can say it means whatever you want to you as far as I’m concerned :)

As far as any other imagery, it’s all just fun, interesting, playful art that you can interpret as you please!

The whole concept of the bassnectar logo/icon symbol is kind of a play on duality, in reference to the balance of positive/negative forces in the universe, and the relative aspects of these forces (meaning there is not absolute ‘right’ or ‘wrong’…only subjective perspective)

Even though there is no Absolute right & wrong, and even though even the SUBJECTIVELY wrong will never be eliminated, nor shall “goodness prevail” …at least not absolutely…. EVEN THOUGH that is true…. I still think that following your natural reflex to help is good because it SUSTAINS the balance.” So there you have it folks, the meaning behind Bassnectar's one of a kind, and infamous emblem. Have a good Sunday everyone :)

Modern musical symbols are the marks and symbols that are widely used in western musical scores, styles, and instruments today. This is intended to be a comprehensive guide to the various symbols enc… read more »

Have a discussion about Bassnectar Bassdrop Symbol with the community: