What's the meaning of the Astrobiology Tartan »

This page is about the meaning, origin and characteristic of the symbol, emblem, seal, sign, logo or flag: Astrobiology Tartan. 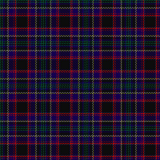 This tartan was designed for Charles Cockell, Professor of Astrobiology at Edinburgh University. Each color carries a specific meaning related to Professor Cockell’s field of study:

•Blue squares represent oases of water on potentially habitable worlds, thought to be a necessity for life.

•Green represents life - thin lines tenuously threaded through the Universe and intersecting in water with three green lines representing planet Earth, the third planet from the Sun, the only planet currently known to support life.

•Red lines represent Mars, a planet at the edge of habitability.

•Yellow line represents our Sun, the only star at the current time known to support a life-bearing planet.

•White line represents the colour of the distant stars as seen from the surface of any planet in the Universe - other planets that might support life.**

Have a discussion about Astrobiology Tartan with the community: