What's the meaning of the Amethyst »

This page is about the meaning, origin and characteristic of the symbol, emblem, seal, sign, logo or flag: Amethyst. 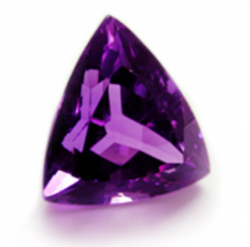 Like many gemstones, the amethyst possesses a number of different symbolic meanings.

A sixteenth-century French myth recounts how the amethyst got its signature purple color: The god Bacchus, in a particularly foul mood, declared that the next person he crossed paths with would be attacked by wild beasts. This person happened to be Amethyst, a beautiful maiden and devotee of the goddess Diana. To save her follower, Diana transformed her into lump of rock crystal. Repenting his rashness, Bacchus poured his cup of wine over the crystal as an offering to Diana, turning it purple.

This story - despite its fantastical elements and the lateness of its appearance - contains a grain of truth: Amethyst is a type of quartz, which in its purest form is colorless; the purple color of amethyst is due to small amounts of iron in the stone. For many centuries, amethyst was counted as one of the so-called “cardinal gems”, along with diamond, ruby, emerald, and sapphire. In the 1700’s, however, significant deposits of amethyst were found in Brazil and other parts of the Americas, so the stone lost much of its value and status.

To the ancient Greeks and Romans, amethyst was a powerful guard against drunkenness. In fact, the word amethyst comes from the Greek ‘amethystos’ meaning “non-intoxicating”. The reasoning behind this was based on a simple illusion: when ordinary water was placed in a cup or vessel made of amethyst, it bore a resemblance to red wine. Therefore, a person could drink all they wanted without fear of getting wasted. An amethyst stone placed under the tongue or bound elsewhere on the body often served the same purpose when actual wine was consumed.

This connection with sobriety also gave the amethyst importance in Christianity; it was the stone of choice for bishops' adornment, and also symbolized the wine of Communion.

Amethyst is also the traditional birthstone for the month of February. 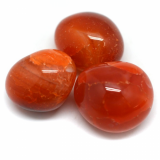 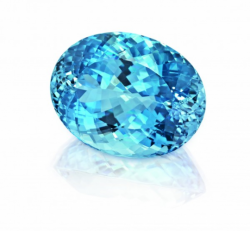 Have a discussion about Amethyst with the community: