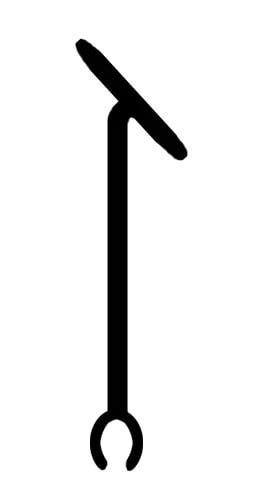 The was ("power, dominion") sceptre is a symbol that appeared often in relics, art, and hieroglyphics associated with the ancient Egyptian religion

It appears as a stylized animal head at the top of a long, straight staff with a forked end.

Was sceptres were used as symbols of power or dominion, and were associated with the gods (such as Set or Anubis) as well as with the pharaoh. Was sceptres also represent the Typhonic beast or Set-animal (the mascot of the Egyptian god Set). In later use, it was a symbol of control over the force of chaos that Set represented.