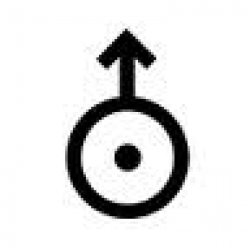 Like the other gas giants, Uranus has a ring system, a magnetosphere, and numerous moons. The Uranian system has a unique configuration among the planets because its axis of rotation is tilted sideways, nearly into the plane of its revolution about the Sun.