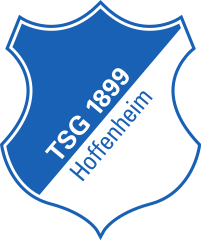 The modern-day club was formed in 1945, when gymnastics club Turnverein Hoffenheim and football club Fußballverein Hoffenheim merged. At the beginning of the 1990s, the club was an obscure local amateur side playing in the eighth division Baden-Württemberg A-Liga. They steadily improved and by 1996 were competing in the Verbandsliga Nordbaden.