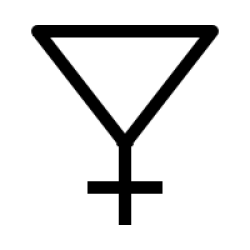 Sulfur or sulphur (British English; see spelling below) is a chemical element with symbol S and atomic number 16. It is an abundant, multivalent non-metal. Under normal conditions, sulfur atoms form cyclic octatomic molecules with chemical formula S8. Elemental sulfur is a bright yellow crystalline solid when at room temperature. Chemically, sulfur can react as either an oxidant or reducing agent. It oxidizes most metals and several nonmetals, including carbon, which leads to its negative charge in most organosulfur compounds, but it reduces several strong oxidants, such as oxygen and fluorine.

Early European alchemists gave sulfur its own alchemical symbol, a triangle at the top of a cross. In traditional skin treatment before the modern era of scientific medicine, elemental sulfur was used, mainly in creams, to alleviate conditions such as scabies, ringworm, psoriasis, eczema, and acne. The mechanism of action is unknown—though elemental sulfur does oxidize slowly to sulfurous acid, which in turn (through the action of sulfite) acts as a mild reducing and antibacterial agent.