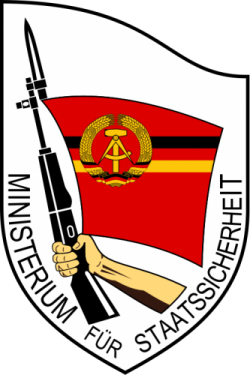 It has been described as one of the most effective and repressive intelligence and secret police agencies to ever have existed. The Stasi was headquartered in East Berlin, with an extensive complex in Berlin-Lichtenberg and several smaller facilities throughout the city. The Stasi motto was "Schild und Schwert der Partei" (Shield and Sword of the Party), that is the ruling Socialist Unity Party of Germany (SED).