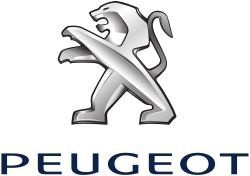 The family business that preceded the current Peugeot company was founded in 1810, and manufactured coffee mills and bicycles.

On 20 November 1858, Emile Peugeot applied for the lion trademark. Armand Peugeot built the concern's first car, an unreliable steam tricycle, in collaboration with Leon Serpollet in 1889; this was followed in 1890 by an internal combustion car with a Panhard-Daimler engine. Due to family discord, Armand Peugeot in 1896 founded the Société des Automobiles Peugeot. The Peugeot company and family is originally from Sochaux, France. Peugeot retains a large manufacturing plant and Peugeot Museum there. It also sponsors the Sochaux football club, founded in 1928 by a member of the Peugeot family.