Tartan of the Mercian Regiment 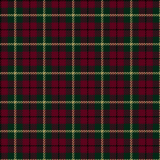 This design celebrates all past, present, and future personnel and achievements attached to the Mercian Regiment. Formed on 1st September 2007 and recruited from five English counties that formed the ancient kingdom of Mercia, it is known as ‘The Heart of England’s Infantry’. This Tartan encompasses some of the colours associated with the Mercian Regiment. Black is also for the continual respect for all fallen Mercian Regiment comrades.**