Symbol of the United Russia Party 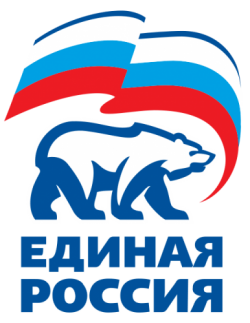 This is the logo of the United Russia party, the largest party in the country.

It features the Russian Bear, a widespread symbol for Russia, used in cartoons, articles and dramatic plays since as early as the 17th century, and relating alike to Tsarist Russia, the Soviet Union and the present-day Russian Federation.