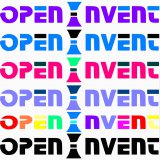 The suma pawn (♙♟) is a two square wide pawn from a custom rule in Samurai chess placed in the 3rd row as 1st move -- each player has one SUMA pawn.

The suma pawn (♙♟) is a two square wide pawn from a custom rule called Samurai chess. Each player has only one SUMA piece and that piece is placed in the 3rd row on the first move. Samurai chess also has a ninja knight which can move twice only on successful attack. This game was promoted by Bitsfit Entertainment as a way of altering chess playbooks. Sadly the kickstarter had no backers. tiny.cc/samuraichess for excalibur chess rule

Also chess-noteworthy is Life Chess where Checker Pieces are used as life tokens and players must limit their moves to the opposite color. A variety of Life Chess Allows opponents to buy back lost pieces or make opponents sacrifice pieces for life tokens.

It historically represents a SUMA wrester of JAPAN, a formidable opponent. Each player begins a game of chess one suma pawns. The Suma pawn takes up two squares and is place on the 3rd row as the whites first move and then blacks first move. Since the pawn takes up two places it cannot attack foward for the two squares directly in front of it or move forward if either are occupied. The Suma can only attack diagonally even backwards as protection but doesnt move. As a optional rule the back piece can be sacrificed in place of the Suma pawns Capture. This rule may be called MEATSHIELD. As another optional rule RINGOUT if the suma is placed on the edge where one diagonal is off the board the Suma can clear both players pieces in the three squares in front of the Suma piece which includes the square one on the side not off the board.

White Suma Pawn is part of the Chess pieces group.