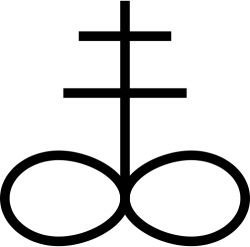 Sulfur or sulphur (British English; see spelling below) is a chemical element with symbol S and atomic number 16. It is an abundant, multivalent non-metal. Under normal conditions, sulfur atoms form cyclic octatomic molecules with chemical formula S8. Elemental sulfur is a bright yellow crystalline solid when at room temperature. Chemically, sulfur can react as either an oxidant or reducing agent. It oxidizes most metals and several nonmetals, including carbon, which leads to its negative charge in most organosulfur compounds, but it reduces several strong oxidants, such as oxygen and fluorine.

Sulfur occurs naturally as the pure element (native sulfur) and as sulfide and sulfate minerals. Elemental sulfur crystals are commonly sought after by mineral collectors for their distinct, brightly colored polyhedron shapes. Being abundant in native form, sulfur was known in ancient times, mentioned for its uses in ancient India, ancient Greece, China and Egypt. Fumes from burning sulfur were used as fumigants, and sulfur-containing medicinal mixtures were used as balms and antiparasitics. Sulfur is referenced in the Bible as brimstone (burn stone) in English, with this name still used in several nonscientific tomes.[3] It was needed to make the best quality of black gunpowder. In 1777, Antoine Lavoisier helped convince the scientific community that sulfur was a basic element, rather than a compound.

Indian alchemists, practitioners of "the science of mercury", wrote extensively about the use of sulfur in alchemical operations with mercury, from the eighth century AD onwards. In the rasaśāstra tradition, sulphur is called "the smelly."