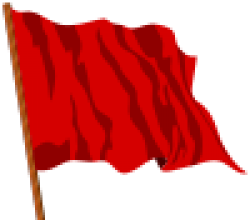 The red flag is often seen in combination with other communist symbols and party names. The flag is used at various communist and socialist rallies like May Day, or used in a red bloc. The flag, being a symbol of socialism itself, is also commonly associated with non-communist variants of socialism.