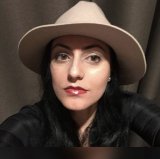 The First Element out of the five aicme forfeda.

The forfeda (sing. forfid) are the "additional" letters of the Ogham alphabet.

Beyond the basic inventory of twenty signs. Their name derives from fid ("wood", a term also used for Ogham letters) and the prefix for- ("additional"). The most important of these are five forfeda which were arranged in their own aicme or class, and were invented in the Old Irish period, several centuries after the peak of Ogham usage. They appear to have represented sounds felt to be missing from the original alphabet, maybe é(o), ó(i), ú(i), p and ch.