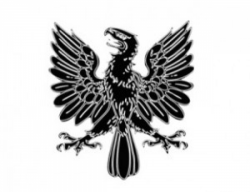 The strength of the hawk symbol is also depicted as the Guardian and Protector of the Earth Mother and all her children.

The hawk is believed to be in a continuous fight, protecting people from the evil spirits of the air and is closely associated with forces such as rain, wind, thunder, and lightning and sometimes referred to as ‘thunderers’. According to Iroquois legends and myths the ‘Thunderer’ was armed with a mighty bow and flaming arrows.awk Symbol