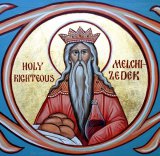 Alchemical process of circulation as seen on the Wheel of Fortune Trump in Robert Place's excellent Alchemical Tarot.

Circulation or "Circulatio" is not one of the more frequently referenced processes in the Alchemical Opus.

In Martinus Rulandus' Lexicon of Alchemy, which is based primarily on the system of Paracelsus, we read: "Circulatio is the Exaltation by the agency of Heat of a Pure Liquid through a circular solution and coagulation in the Pelican..." *

The recently discovered and translated La Clef Du Cabinet Hermetique or "The Key to the Hermetic Sanctum" alludes to this process in the following passage: "In this state, circulate your matters for a philosophical month so that they will unite well together and in the conjunction of these two substances, there will be a fight and you will see in this vessel ascending and descending fumes, clouds and mists which proceed from the sulphur and foam of these two Dragons, who fight and devour each other, until these two become one. " **

Finally, Robert Place gives us perhaps the most lucid description of the process of Circulation in his explication of the Wheel of Fortune trump from his Alchemical Tarot: "[The process of Circulation entails] ...changing what is fixed into the volatile and the volatile into the fixed. Alchemists believed that this process had to be accomplished over and over again as their work patiently spiraled to completion." ***