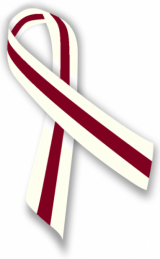 Head and neck cancer refers to a group of biologically similar cancers that start in the lip, oral cavity (mouth), nasal cavity (inside the nose), paranasal sinuses, pharynx, and larynx. 90% of head and neck cancers are squamous cell carcinomas (SCCHN), originating from the mucosal lining (epithelium) of these regions.

Head and neck cancers often spread to the lymph nodes of the neck, and this is often the first (and sometimes only) sign of the disease at the time of diagnosis. Head and neck cancer is strongly associated with certain environmental and lifestyle risk factors, including tobacco smoking, alcohol consumption, UV light, particular chemicals used in certain workplaces, and certain strains of viruses, such as human papillomavirus. These cancers are frequently aggressive in their biologic behavior; patients with these types of cancer are at a higher risk of developing another cancer in the head and neck area.

Head and neck cancer is highly curable if detected early, usually with some form of surgery, but radiation therapy may also play an important role, while chemotherapy is often ineffective. The 2009 estimated number of head and neck cancer in the US is of 35,720 new cases.