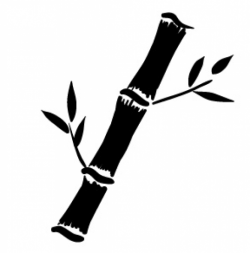 In Japan, bamboo is one of three plants, along with the pine tree and the plum blossom, that make up a group known as the “Three Friends of Winter”. Since bamboo and pine are evergreen plants, and since plum blossoms can appear on branches that look completely dead, all are symbolic of life enduring through trying and difficult circumstances (i.e. winter).

The evergreen nature of bamboo, combined with the fact that it can endure great physical stress without snapping or breaking, has led to it being a symbol of longevity, strength and resilience in much of eastern Asia.

The Chinese also place bamboo in a group of signature symbolic plants. Known in Confucian terms as the “Four Gentlemen”, they are the plum, orchid, bamboo and chrysanthemum. In this instance, the bamboo is representative of summer. Bamboo plants and bamboo groves were also a popular theme for traditional Chinese brush paintings, and the act of painting bamboo was sometimes undertaken as a meditative exercise.

In modern times, small cuttings of bamboo have become very popular as ornamental plants, and the plant itself is fulfilling a significant role as a renewable resource. Since bamboo, if treated correctly, can grow to a very significant size in a short span of time, it is used as a natural and inexpensive raw material for manufacturing paper, fabric and other items.