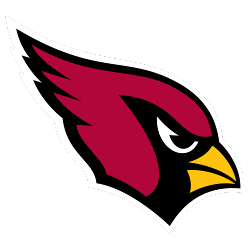 Although this team did not make the final transition to their current home of Arizona until the late 1980’s, the history of the Cardinals as a franchise goes back to 1898, earning them the title of the oldest continuously existing professional football team in North America. Their symbol is a profile portrait of their namesake bird, and the team colors are red, white and black.

The gathering of athletes who would later become the Cardinals first emerged in Chicago, Illinois at the end of the 19th century, and the team’s first owner, if somewhat unofficially, was a man named Chris O’Brien. Over the following decades, the team changed hands and locations many times, and was even disbanded and reassembled more than once for various reasons. Nonetheless, the franchise survived both world wars and plenty of its own internal conflicts before finally moving to Arizona in 1988, where it has been ever since. For anyone interested in statistics, records or historical information regarding this team, visit their official website at http://www.azcardinals.com/