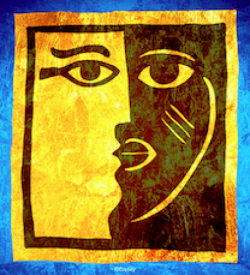 Although its run on New York City’s Broadway theatre scene was relatively brief (from 2000 until 2004), this powerful performance, with music composed by Sir Elton John and with lyrics by Tim Rice, certainly made an impression on theatregoers during its tenure.

The Broadway musical Aida was adapted from a four-act opera of the same name, originally written by the 19th century Italian composer Giuseppe Verdi. Set during an unspecified time in ancient Egypt, it tells the story of a love triangle between Amneris, the Egyptian princess and heir to the throne; Radames, the commander of the Egyptian army and Princess Amneris’ betrothed; and the titular character Aida, the daughter of the king of Nubia who is captured as a slave by Radames but whom he sends to Amneris as a handmaiden. As the drama unfolds, these three principle characters realize the depth of their feelings for each other, while at the same time knowing that their individual circumstances will never allow them to be together with the person they truly desire. The story ends with Aida and Radames finally coming together, albeit in a way smothered in melancholy and sorrow.

The official logo for the musical is an homage to these two characters, and offers a subtle play of illusion to the eyes; viewed close-up, you can see a golden face on the left, representing Radames, and a black one on the right, representing Aida, joined together as if locked in a kiss. When you pull the view back, you can see a single face composed of both halves of the image, a fitting tribute to the star-crossed lovers of this powerful production.